The Women’s Reebok CrossFit Grace TR training shoe is the first of its kind by Reebok built specifically for women. Reebok says that it is built for women in the CrossFit community that allows female athletes to get through their workout sessions with ultimate agility and breathability while also looking good both in and out of the gym.

The CrossFit Grace sneakers have a number of things going for them. Keep on reading our buying guide packed with information to find out if they’re the right pair of athletic shoes for you. Key Features of the CrossFit Grace for Women:

Do they sound like the right pair of shoes for your next workout? You can buy them online, and you’ll often get free shipping with Amazon Prime:

If not for the colors, you’d never imagine that CrossFit Grace were training shoes specifically for women. In the black/white colors, they appear to be similar to the Nano 7 that Rich Froning was once training with.

The upper looks as if it’s of made a knit material, but it’s actually a jacquard built from 3DFuseFrame. It’s mesh and polyester that feels like plastic that you’d probably find on an old school folder than fabric. Most of the time it’s flexible, but it does create a couple of weird creases upon flexing, which feels as if you have your foot inside a water bottle.

There’s a rear bootie system at the foot insertion point that only extends about midway to the front of the shoe and is covered by the jacquard upper. Although the bootie fits really well around your ankle, jacquard flexes outwards oddly there if you put pressure down into your heel, making you wonder just why weren’t the two connected in the first place. It might not do anything wrong in terms of function, but it doesn’t look good either.

The shoes resemble the Speed TR plenty because it’s built on the same “FastFrame” that the Speeds are on. The shoe’s midsole is likely the same type of compression molded FVA that’s found in many of Reebok’s CrossFit shoes. It doesn’t compress much as it’s about the same as the Speed TR’s and a scooch more than the Nano model.

The outsole uses the same kind of shape, rubber, and thread pattern as Reebok’s other CrossFit shoes. The CrossFit Grace has a much larger patch of the RopePro in the middle, which what the Speed’s lacked in but does not have the Speed TR’s midfoot shank.

Grace is 10mm down to 6mm at the toe at the heel, which gives the pair a 4mm drop. This is lower than a pair of running shoes, but higher than flat lifting shoes. It’s a nice middle-ground for a crosstrainer that has to do a bit of everything. Since the shape and supposedly last of Grace are built in the same way as the Speed TR’s, women can size them up in the same manner. And for those who’ve never tried the Speed TR’s, they run just a bit longer, therefore you’ll need to go down half a size from your usual training shoe.

And although it may seem a bit strange, if the guys are looking to buy Grace, the normal standard for sizing is 1.5 up from your men’s size, but when it comes to Grace, just go for a size up. However, you’d most likely want to stick with a shoe designed specifically for your foot shape.

Check out some of our top picks here:

The Best CrossFit Shoes for Men. Or, take a look at our handy comparison chart:

Performance for the CrossFit Grace for Women

Grace’s shape is even more geared towards being a running shoe than the other Reebok training shoes before because of how aggressively the toe slopes upwards. You’ll notice right away that the shoe almost pushing you forward even when you’re just walking with it.

The shoe feels fantastic and the forefront is flexible for movements such as box jumps, running, and burpees. The multidirectional tread pattern provides excellent grip for the Grace.

Not the Most Ideal Shoe for Lifting

However, what makes the Graces good for movement, may also make them terrible for lifting movements, typically Olympic weightlifting where you could find yourself landing on your toes more often than not. Hey, nothing is perfect, but if you’re really looking for a better lifting shoe, you should probably stick with the Nanos.

Heel: Not Locked in Super Securely

Since the bootie and the thin jacquard are the only things holding your foot in the shoe, the shoe lacks a bit of structure in the heel. While wearing the shoe ourselves, I never noticed any of the midsole compressing while squatting, but you never quite get that locked in feet as you do with the Nanos and even the Speed TRs.

The weight of the shoes also lends themselves to more of a running shoe as they weigh in at 9.5 oz per size 11. That’s quite impressive for a pair of cross-trainers that can handle a bit of light weightlifting. 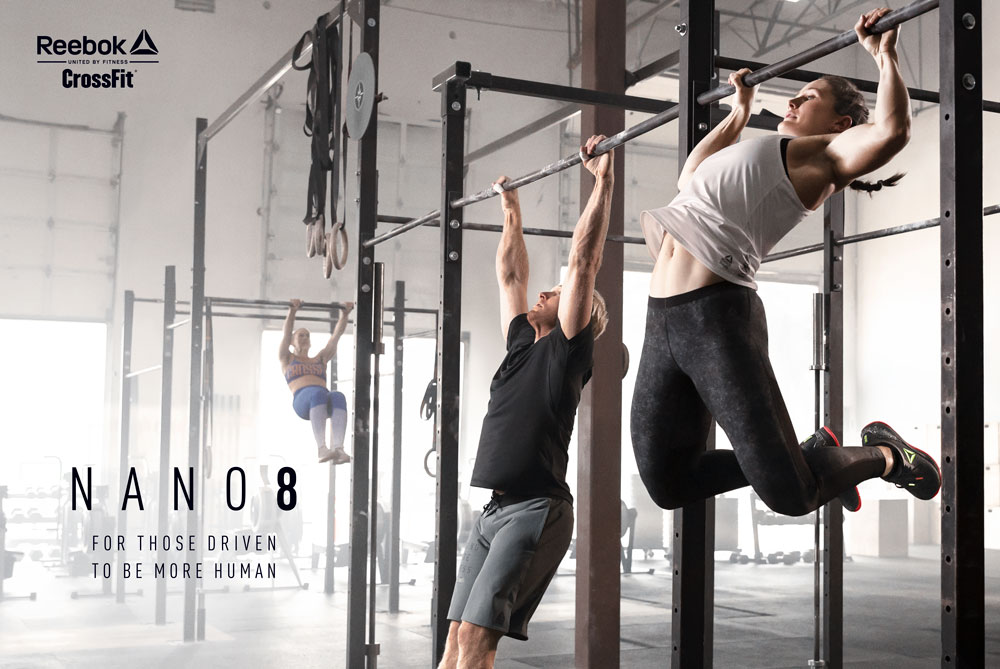 Top Reasons To Buy The CrossFit Grace for Women

From squat jumps to sled pushes, you’ll surely kill it with these babies. The multi-directional rubber grips on the shoes’ outsoles give you the ultimate traction that you need to maintain your steady during most of the intense workout routines.

If people say you won’t be able to crush your workout in comfort, then they’re mighty wrong. You’ll be able to get the best of those reps without a sweat thanks to the supportive cushioning of the molded EVA foam midsole that treats your feet like the workout queen that you really are.

Stay Cool with the Mesh Upper

Whether it’s weightlifting or plyometrics, you’ll be able to mow down anything that gets in your way with Grace’s breathable mesh upper. The woven jacquard fabric allows you to stay cool and dry so you can sweat off as much as you want without having to overheat your feet.

In short, they’re kind of the ultimate pair of shoes for any workout you might encounter in the gym. They’re versatile, comfortable and also durable.

What People Are Saying About The Reebok Cross Fit Grace

Women with wider feet really liked the expanded toe box of the CrossFit Grace. In fact, one reviewer with aching bunions also said that this is the only shoe that she could workout with as it took most of her discomfort away. Most athletes loved the Rope Pro+ feature that improved their rope climbs due to the innovative rubber midsole wrap.

“Very comfortable and work well for all the things you’d normally do during a CrossFit workout: running, jumping, climbing, lifting. I especially the rope pro grip—they’re just so much easier to climb in that other pairs of cross-training shoes I’ve tried.”

“Super durable, especially when you consider the beating they take during a typical WOD. They have extra padding in all the right places. The tread is pretty fierce and I never worry about stability at all.”

“A bit lighter than the Nano 8’s, but still stable enough for lifting some serious weight. Because they’re lighter, they are a bit better for running workouts. But, in reality, they’re all all-round shoe that can handle just about anything you throw at them, including Insanity Workouts!”

“Awesome shoe for all kinds of indoor workouts, but a bit too stiff to wear to work for me. I decided on these ones instead: Indestructible Shoe Review.”

The Takeaway on the CrossFit Grace Training Shoes

The Grace’s retail will come to you around the same as the Speed TR’s. So if you’re really looking for a shoe that’s more fashioned towards running, I would say that Grace is better than Speed. Also, these shoes would likely make for a great boot camp or HIIT shoe.

Light in Weight and Super Comfortable

There are a number of features that you’ll love about these shoes. But perhaps the best things are how comfortable and light they are. This make them perfect for sprints, jumps or climbs when you don’t want to have something big and clunky on your feet, weighing you down

If you’re a guy who’s looking for a Grace, I would strongly advise against it because they are designed only for women. The shape of the shoe would not match up with your foot as it isn’t a unisex shoe. You fellas would be better off with the Speeds or the Nanos.

Does the Reebok CrossFit Grace sound like the right pair of shoes for your next WOD? You can buy them easily online, and most people find that they fit true to size:

Have your Say about this CrossFit Grace Review