Some people are so conscious of their height that it becomes a mental obstacle they feel they have to hurdle in order to achieve anything in life. But for Sheila Barden, she never let her five-foot frame stop her from reaching the biggest stage of CrossFit. Sheila Barden in the CrossFit Games

Born in New Jersey, Sheila Barden is known for her positive attitude and a big smile. But she’s quite private when it comes to her life outside of CrossFit. In fact, she rarely posts about her private life on social media.

She considers CrossFit as a job and doesn’t want to show the public her hobbies and activities outside of the sport. Despite this, she did reveal some things about her life before CrossFit

Her husband is her main supporter and biggest fan. Her husband also builds a lot of things for her to use in her workouts, including handstand boxes and plyometrics boxes.

Sheila also revealed that she loves to compete. Her love for competition was evident when she was still young. She has three siblings and they always competed against each other.

The competition among the siblings can be as simple as eating a whole box of Twinkies the fastest or as complicated as graduating as a valedictorian. It was this love for the competition that made joining CrossFit an appealing notion for her.

Sheila Barden started her CrossFit journey started in October 2011 after watching reruns of the 2011 CrossFit Games on ESPN. It was her childhood dream to come out on ESPN through the Olympics but wasn’t good enough in a single sport to qualify for the Olympics.

After watching the games, she told her husband that she can do everything the girls were doing on television. The following week, she walked into CrossFit Dewitt and told the owner that she wants to compete in the CrossFit Games.

She was asked to perform five rounds of workouts, including burpees, kettlebell swings, and tire flips. When she was already halfway through the five rounds, the owner pulled her aside since they were afraid that she would hurt herself. She was performing the workouts too fast, and they were all new to her.

From this point, doing CrossFit became an obsession that started from a simple rerun on television. She even gave up drinking the following year since it was something that could hinder her goal of excelling in the sport. She eventually qualified for the CrossFit Games in 2014 where she finished 25th overall. Now, let’s take a look at the results of Sheila Barden in some popular CrossFit exercises

Sheila Barden never made her diminutive stature stop her from qualifying for the CrossFit Games twice as an individual competitor and once as part of Team Don’t Stop.

Sheila also qualified for the regionals for seven consecutive years. Her best finish as an individual competitor was in 2016 when she finished first in the Central Regional competition. Sheila was also part of Cool Whip and a Chocolate Chip team that finished 8th overall in the 2013 Team Series. Sheila Barden is a passionate competitor who was able to overcome injuries to become a top-level CrossFit athlete. Her experience and competitive spirit make her someone aspiring CrossFit athletes can look up to.

Here are some tips Sheila has for anyone who’s planning to enter the world of CrossFit:

Becoming a successful CrossFit athlete requires you to work and train hard. Sheila Barden qualified for the CrossFit Games since she worked hard for it. It took her two and a half years to step on the big stage of the sport.

You shouldn’t give up easily, especially these days when the competition has become tighter. It may take a year, two years, or even five years to reach the goal. What is important is for you to put in the work to achieve your goal.

#2: Focus on Things You Can Control

Sheila Barden has learned a lot since joining her first CrossFit competition in 2012 when she finished 24th in the North East Regionals. She has come to accept that there are things she can control and things she cannot control.

With this in mind, it’s always advisable for you to focus on the things you can control. These include the training and mindset of achieving whatever goal you have. By focusing on these things, you can lessen any disappointments you will feel if you fail to achieve your goal at a given period of time.

#3: It’s Fine to Have More Than One Goal

She used to go snowboarding and waterskiing. But CrossFit compelled her to set these aside since she might hurt her shoulder and force her to stop CrossFit. But after getting injured, she had to reevaluate her goals in life.

She has a re-enlightenment while on for an injury in 2018. While she wanted to return to the competition, she shouldn’t put aside her other dreams because of CrossFit.

For her, it’s fine to have more than one goal at a time. You can dream of reaching the CrossFit Games but you should aim to be much more than a CrossFit athlete. You should do other things outside of CrossFit.

For Sheila, its waterskiing, snowboarding, and traveling. Even as she has kept this part of her life private, people should have other goals aside from being able to compete in the CrossFit Games.

When Sheila Barden first started CrossFit, she eats whenever she’s hungry. She can even consume seven Fuel Packs in one day.

She also believes that you shouldn’t starve yourself. But Sheila Barden does have a good diet when she’s competing. Her diet consists of the following:

She also keeps her fat intake relatively low when compared to her carb and protein intake. Sheila avoids sugar, including fruits after she eats breakfast.

Even as Sheila Barden experienced a couple of setbacks due to injuries, she didn’t let it stop her from training to achieve her goal of making the CrossFit Games again.

Her training day normally starts at around 8:00 AM when she goes on a 10-minute run before breakfast. Since being a CrossFit athlete is her full-time job, she doesn’t have to wake up early in the morning.

After breakfast, Sheila performs mobilization exercises along with a 90-minute warm-up. Then, she performs strength exercises for one and a half hours. These exercises include accessory movements using dumbbells along with big lifts.

After lunch, she focuses on metabolic conditioning workouts. She normally performs three to five workouts at this time before skill work.

After dinner, she goes into recovery mode before she goes to bed.\

Sheila Barden aims to be consistently good in her performance. This mindset impressed a lot of people, which is seen through her more than 132,000 followers on Instagram.

Have your Say about Sheila Barden, CrossFit Athlete

Do you have any comments about CrossFit athlete Sheila Barden? Tell us about it in the comments section below. We’d love to hear from you. 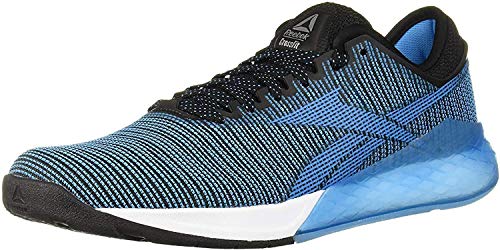 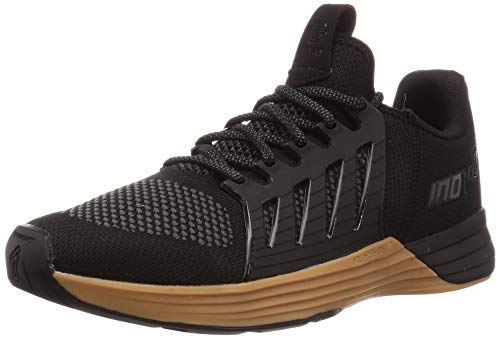 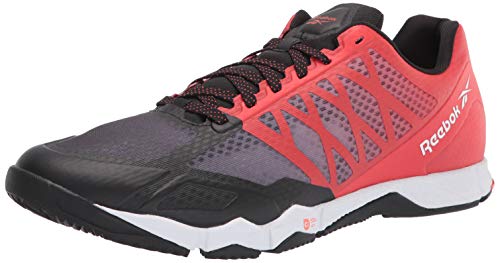